The Quick Event add-on is a back-end module that provides a quick way to enter an event with a single line of text. Available in Zap Calendar Pro, Standard and Basic subscriptions.

Z Content has been developing Joomla applications for over 10 years.  Our goal has been to create open source, quality applications that are fully featured and with no restrictions on how they are used or the number of sites they can be installed on. That was true over 10 years ago and it is still true today.

Introducing Zap Audit: Take Back Control of Your Joomla Website

If you ever had a Joomla site hacked, you know how difficult it is to clean up the site. Hacked files can be sprinkled among the thousands of files and folders in the Joomla filesystem and are not easily found by an administrator. Looking at file dates and combing through web server logs are the manual techniques to find these files, which is a laborious process and missing just one file is an opportunity for a site to be re-infected all over again. Hacked sites can be blocked by web browsers or shut down by ISP's until they are cleaned up.

Zap Audit is our newest Joomla extension and was written by a Joomla administrator for Joomla administrators to combat hacking of Joomla sites. It allows administrators to take back control of their Joomla site. Zap Audit finds hacked files, recommends best practices based on a site analysis and provides proactive monitoring to minimize damage from future hack attacks. Zap Audit can save hours of work cleaning up a site, allowing you to delay or even eliminate the need to rebuild a hacked Joomla website from scratch.  It runs entirely within your Joomla website, so no data is transferred outside your company. Zap Audit can even analyze an offline site that is down due hacking or other reasons by analyzing the zipped files from the site using Zap Audit installed on another Joomla site. 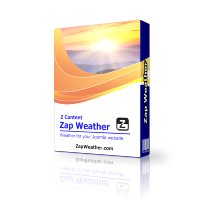 Zap Weather version 10 is now available. This release supports Joomla 3.x and includes support for PHP 7 and adds a new module for displaying forecasts.  This module can display the list of forecasts in either horizontal or vertical mode. There is also an option to enlarge the forecast icon and display a drop shadow below the icon.  Just use the module class suffixes of "horizontal", "vertical", "large" and "shadow" to change the appearance.

Zap Weather is a free Joomla component for displaying weather for any USA location or territory.  Since its first release over 11 years ago, Zap Weather has always been free and with "no commercial interruptions". That is, there are no fees, commercial advertising or links to external sites.  Zap Weather uses data from the National Weather Service, a USA government organization and its services are paid for by the tax dollars of USA citizens.  If you are not already using Zap Weather on your site, try it out today and let those tax dollars work for you!

More information about Zap Weather can be found here. 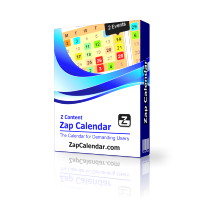 Zap Calendar version 4.2.0 is now available and contains several new features that we think users will love.  This Zap Calendar release will perform a database upgrade when installed, so a database backup is recommended prior to installing.  Also, the minimum Joomla release supported with this release is Joomla version 3.2.3.  This is due to a Joomla feature added in that release that is used by Zap Calendar for the Joomla updater function.  Older Joomla releases can continue to use the Zap Calendar 4.1.4 release.

Here is a summary of the new features added in Zap Calendar 4.2.0:

iCalendar.org: Promoting the Standard, Powered by Z Content and Joomla

This has been a project that we have wanted to do for a long time and now it is finally completed.  We are proud to announce the iCalendar.org site is now live.

Here at Z Content we have been champions of open source and open standards.  One of those standards is iCalendar, which provides the ability to exchange calendar events and scheduling between various systems from various vendors.  Without standards like this, users would be locked into a vendor solution and be prevented from sharing or transferring data to other systems.  The iCalendar specification promotes interoperability among calendar systems, and Zap Calendar has supported it from the beginning of the project.

iCalendar.org is devoted to promoting the iCalendar standard by providing iCalendar information and resources.  You will find the technical specifications to several iCalendar related standards in an easy to use format.  These articles were converted from the original plain text documents to more visually appealing XHTML articles using a Z Content developed conversion tool.  Of course, all of this is powered by Joomla, an open source content management system.

Check out iCalendar.org today and read more about this important standard. 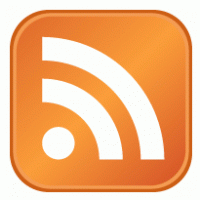 We have just released a new video in our Zap Calendar 101 video series. This new video demonstrates the upcoming events module.  It also demonstrates modifying a module's settings from the front end, a new feature in Joomla 3.4.  Click here to watch the video.

Just announced by the Joomla Team is the release of Joomla 3.4.  Also available is Zap Calendar 4.0.20, which addresses some display issues with Joomla 3.4.  You should update Zap Calendar to 4.0.20 (if not already) when you update your sites to Joomla 3.4.

Joomla 3.4 has a couple of cool new features.  The back-end sidebar menu is now collapsible, allowing more screen real estate to pages like Zap Calendar's event, category and location managers.  You can now also edit module settings in the front-end, eliminating the need to switch between front-end and back-end screens when configuring a module.

Also in this release, Joomla has begun the process of removing the standard components from the base release, opting instead to give users the option of installing them after the base install. This will ultimately result in a smaller, faster install for Joomla.  This new behavior is for new sites, so don't worry about components disappearing on your existing sites.  The first component to be removed from the base install is the web links component.  More will follow in future updates.

Zap Calendar 4.0.20 has a couple of cool new features too.  The upcoming events module has been enhanced with 9 module styles and new class attributes, allowing for dozens of display variations.  There are also multiple event download options for several popular calendar programs.  You can read more about these features here.

We continue to strive to make Zap Calendar the very best calendar program available for Joomla, so we are proud to announce the availability of Zap Calendar 4.0.20 with several enhancements.  One of the major enhancements in this release is the enhanced upcoming events module.  There are now a total of 9 upcoming event styles, and the new class attributes feature provides dozens of style variations.