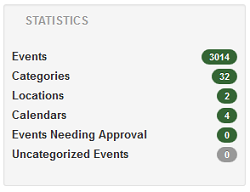 There are a number of ways to customize Zap Calendar to tailor it to a customer's specific needs. This article describes these methods and how to ensure these customizations will stay after a Zap Calendar update.

Themes provide a way to customize the display of the calendar in the front end.  Zap Calendar contains a number of themes with different color schemes to fit many site designs.  Each theme is contained in its own folder in the "components/zap_calendar/themes" folder.  This folder contains the cascading style sheet (CSS) file and associated image files needed to display the theme.

The danger in modifying an existing theme is that when the next Zap Calendar update is done, the changes made to the theme will be overwritten by the update.  Instead, it is best to create a new theme.  To create a new theme, create a new folder with the theme name in the "components/com_zcalendar/themes" folder.  It is probably easiest to copy an existing theme that may be similar to your custom theme into the newly created theme folder.  Custom theme folders will not be overwritten when a Zap Calendar update is performed (the theme will be removed if the component is removed from the site).  You can modify the theme.css file to alter the color scheme of the calendar.  To make more extensive changes to the theme, you may want to refer to the common.css file located in the "components/com_zcalendar/assets/css/" folder to override the CSS settings made in that file.

Forms provide a way to customize the output of Zap Calendar.  Forms provide a way to modify the HTML, the output data, or both.  For example, you can modify the display of an event's time within a month calendar to include both a start time and end time (the default form shows only the start time).  Forms are located in the "components/com_zcalendar/forms" folder.  If you have installed one of Zap Calendar's language file, you may see your language specific forms under your language folder.  Otherwise, the forms will be listed in the "en-GB" subfolder.  Some Zap Calendar plugins install forms to allow customization of plugin output.  These forms can be found in the "plugins/zapcalendar" folder.

The forms that are available for customization are:

The administrator has the ability to switch formats for the upcoming item listing.  The form name must be in one of two formats in order to be used by Zap Calendar:

Where "%FORM%" is the form name you wish to use when specifying the name in the view settings. Zap Calendar comes with two upcoming item forms, "upcomingitem.tpl" and "upcomingitem_fancy.php.tpl".  In the Zap Calendar view settings, you would select these by specifying the form names, "" (blank) and "fancy", respectively.  The fancy form is written in PHP, an option for creating forms where the text based forms may not be sufficient.  Just like with text forms, PHP forms should be copied and not modified if changes are needed.  So, for this PHP form, it would be copied to the name "upcomingitem_fancy.php.frm" and modified from there.

Add-ons provide another method of customizing Zap Calendar. There are dozens of add-ons available for Zap Calendar that can add functionality and enhance its display.