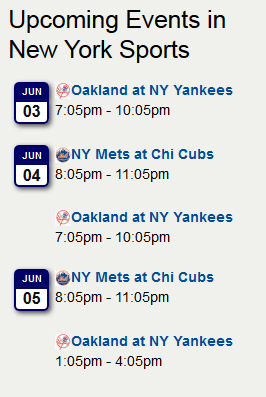 The Upcoming Events add-on displays a list of upcoming events in a module.  Configuration options include category selection and number of events to display. Available with all Zap Calendar versions.  Basic, Standard and Pro subscriptions offer additional display styles. 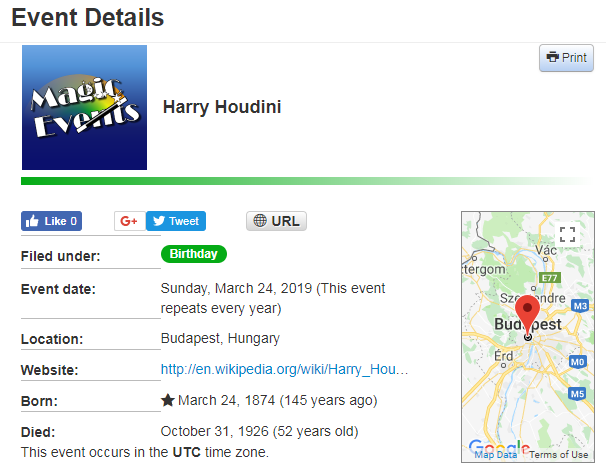 This plugin is automatically installed on the Zap Calendar Tools page in the Joomla administrator.

From the event settings, select either "birthday" or "anniversary" and enter the anniversary/birth year.  For birthdays, enter the year of death if you wish to display the age at death in the event details.

This plugin was added in Zap Calendar version 4.3.5